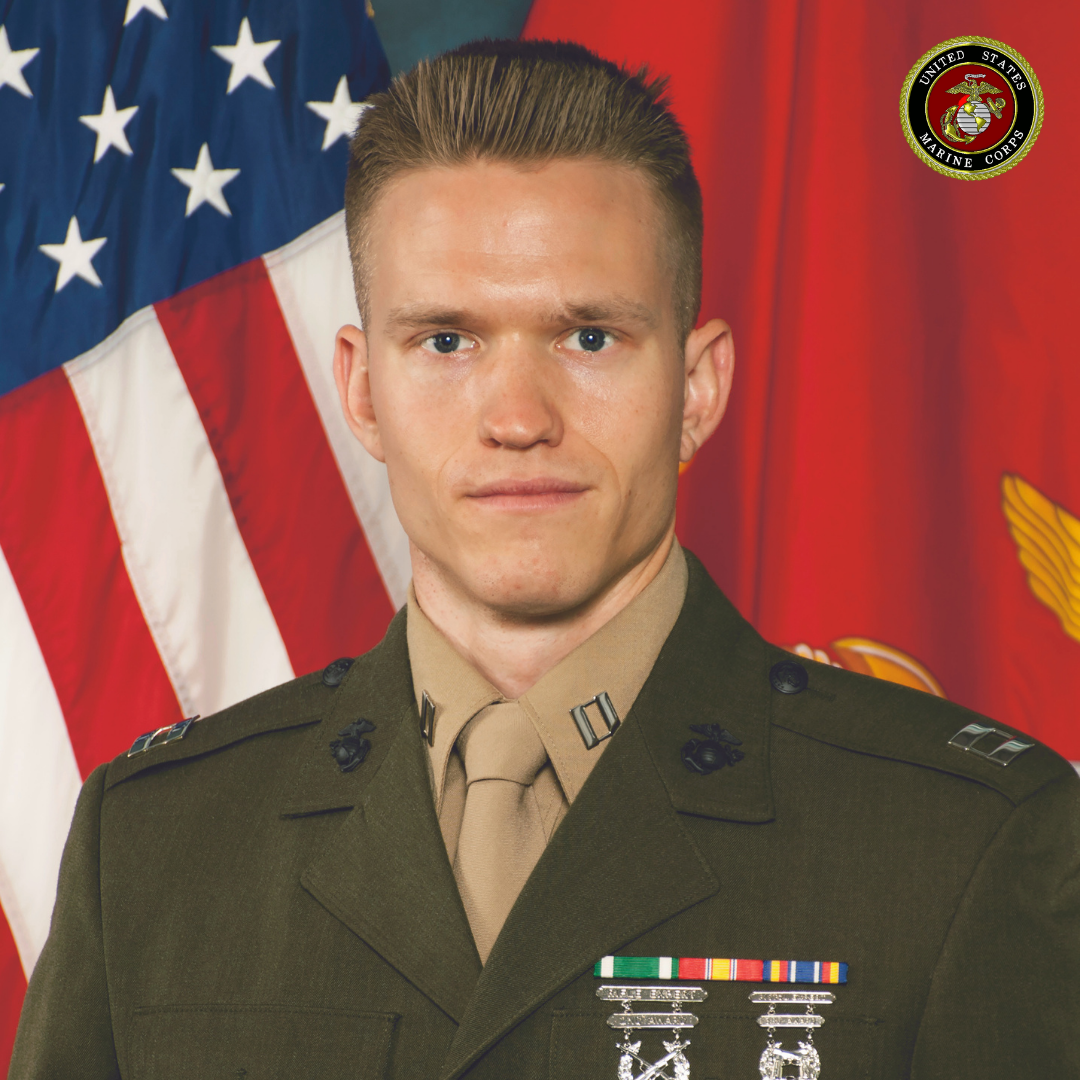 Captain Amis Matulionis is a current United States Marine Corps Officer and will be graduating with an MBA in May 2022.

Matulionis was born in Vilnius, Lithuania, and moved to the United States when he was 5 months old. He attended high school and college in California, where he would spend most of his adult life. He graduated from UCLA in 2014 with a Bachelor’s in Civil and Environmental Engineering and was later commissioned as a Second Lieutenant. During a year-and-a-half long wait prior to entering the Basic School, Amis worked as a teaching assistant in Engineering Ethics and Writing while obtaining his Master’s in assistant in Engineering Ethics and Structural and Earthquake Engineering from UCLA.

Amis attended the Basic Officer Course in fall of 2015 and attended the Basic Communications Officer Course during spring of 2016. From there, he served as a communications officer for two logistics units in Camp Pendleton, California. He also served as a Command Financial Specialist, familiarizing hundreds of Marines with the Thrift Savings Plan, the military’s equivalent of a 401k plan. In June 2019, he was assigned to the NROTC unit at the University of Wisconsin, Madison where he currently serves as the Marine Officer Instructor.

While working at UW Madison, Amis enrolled in its Evening MBA program and upon taking finance classes, realized what he wanted to do once leaving the military. Amis is interested in all things investment banking and is currently learning as much as possible about the industry.