Bancroft Capital is a certified Service-Disabled Veteran-Owned Small Business (SDVOSB) specializing in Institutional Brokerage and Capital Markets services. Bancroft is founded upon a commitment to service – service to our clients, service to our country, service to our veterans and first responders who have sacrificed on our behalf.

It is our belief that repeatable excellence can only be achieved when there is attention to detail – “Small things that make the big things happen.” The Bancroft brand is our identity to all of those with whom we have not yet been able to develop a professional reputation. As such, we have taken great care and committed considerable resource toward establishing a brand which aptly represents our firm. If I may, please allow me to introduce Bancroft.

Late in the evening of January 9th, 2002 I laid back on the cargo deck of a spinning C-130 on what was left of the tarmac at the Kandahar International Airfield.  I was headed out to visit FARP’s (Forward Arming & Refueling Point) which my unit was operating in the field.  Tired, sweating and freezing at the same, laden with my Alice Pack and 70+lbs of gear the floor of the C-130’s cargo bay was a welcomed respite.

It wasn’t long before I realized that I had forgotten something.  Earlier in the day a young soldier whom I had never met asked if I would look out for a birthday care package sent by his family several weeks earlier.  I had found the package and intended to hand carry the last leg but as I lay on that cargo floor I realized I had left it in my hooch.  My conscience is an overpowering force and despite my best efforts to dismiss what was “right” I begrudgingly exited the aircraft just prior to take-off.  I cussed this young soldier’s name as I waited for the next flight later in the night.

Incommunicado while in the field I was oblivious to what had happened.  It was only upon my return to Kandahar that I was informed of a memorial service being held that morning – everyone on that first plane had died.

A Chaplain attached to our unit had printed on a leaflet the words to “Amazing Grace”; even as I write this now I well with emotion at the mention of that song.  About 170 service members from US and its ally’s Special Forces regiments sang that song in what was left of a bombed out Kandahar International Airfield.  There was not a dry eye in the house.  As the service concluded I flipped over the leaflet to see the names of the lost, Capt. Matthew Bancroft was the top of the list.  This caught my attention as only a few years ago I had attended the U.S. Naval Academy with a Midn. Matthew Bancroft.  A name that all Midshipmen hold dear as it is also the name of our collective dormitory home to all 4400 middies, Bancroft Hall (aka. Mother B).  I dare say that everyone knew of Midn. Matthew Bancroft.

For some time I struggled with survivors guilt.  There was no good reason as to why I would have gotten off that aircraft.  No good reason why Capt. Matthew Bancroft would die that day and I would live.  I have since come to terms with that fateful day and my truth – my Creator was not done with me just yet and I was to serve Him with my life.  Thus, Bancroft Capital.

Bancroft will never forget the sacrifice of life and limb lay on the battlefields by so many.  We endeavor to achieve excellence in all we do, that through our success we may offer the opportunity of restoration to those service members and first responders who have sacrificed so much.

About the anchor which represents a firm, stable, and unwavering footing is the Latin “Anulus In Unum Viribus Funem” which is an excerpt from The Laws of the Navy circa 1896. 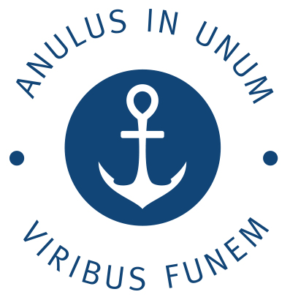 “On the strength of one link in the cable,
Dependeth the might of the chain.
Who knows when thou mayest be tested?
So live that thou bearest the strain!”
-Captain Hopwood, R.N.

At Bancroft we embrace the responsibility of each individual to uphold the highest standards of Ethics, Morality, and Service.  We acknowledge that our firm is only as strong as the weakest link and recognize Bancroft stands for more than just one firm but the noble ideal that all who have served our country deserve access to the American Dream for which they have sacrificed so dearly.

The tradition of Plankowners dates back to the days of a Wooden Navy and refers to the inaugural crew of a naval vessel.  Sailors would carve their name into a wooden plank of the ship to identify themselves as a Plankowner.  The tradition has been expanded within the naval and military services.

Gulf War-era II veterans are more likely to use food stamps, have no income, and live in poverty than their fellow veterans from other eras.