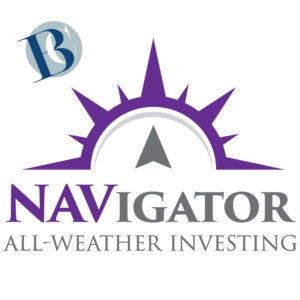 Mr. Spatacco says that closed-end funds were an overlooked investment type for years, largely because the structure used for selling new issues put investors at a disadvantage. With that negative now mostly gone, however, he believes closed-end funds can be a particularly effective investment tool, and that new issues no longer need to be avoided when they open. He also explains how his firm incorporates closed-end fund investing into its mission of helping veterans.

CHUCK JAFFE: Mike Spatacco, director at Bancroft Capital, a firm owned by a service-disabled veteran that has an adjunct to its financial services, provides additional programming for veterans. He’s here to talk about how he uses closed-end funds, now on The NAVigator. Welcome to The NAVigator, which covers all-weather active investing and plotting a course to financial success with the help of closed-end funds. The NAVigator is brought to you by the Active Investment Company Alliance, a unique industry organization that represents all facets of the closed-end fund industry, from users and investors to fund sponsors and creators. If you’re looking for excellence beyond indexing, The NAVigator’s going to point you in the right direction. And today The NAVigator is pointing us in the direction of Michael Spatacco, director at Bancroft Capital, a veteran-owned firm that tries to do well by doing good, and does a lot of it with closed-end funds. Now if you hear what we discuss, and I’ll try to make sure that Michael gives as much of the background as he can, and you want to get more information, Bancroft4Vets.com is the website, on Twitter @Bancroft4Vets. And to learn more about closed-end investing generally, check out the website for the Active Investment Company Alliance, it’s AICAlliance.org. Michael Spatacco, thank you for joining me on The NAVigator.

MICHAEL SPATACCO: Thanks for having me, Chuck.

CHUCK JAFFE: Let’s start just a little bit with the background of the firm. Because it’s not that Bancroft Capital, you’ve somehow recreated being a broker-dealer working with people, that’s not the case. But there’s an extra component to it that will then help us lead into what you’re doing with closed-end funds now, and why closed-end funds are particularly good on your mission. 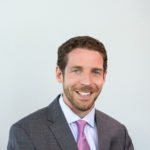 MICHAEL SPATACCO: Yes sir. So Bancroft Capital is a service-disabled veteran-owned broker-dealer, and with the profits of our business, we fund a training program for service-disabled veterans and actually first responders. It’s an opportunity for us to utilize the profits of our business to help the people who make it all possible. I’m not a veteran myself, but it’s a cause that means a great deal to me. I have two young sons who take for granted the freedoms that are a pipe dream most other places. So being able to use products like closed-end funds in our traditional business laterals gives us the opportunity to grow this product and put this opportunity in front of more people.

CHUCK JAFFE: And the training you are talking about for veterans specifically, help my audience understand the types of training that are available.

MICHAEL SPATACCO: It is a paid 12-month program, where candidates who we take from warrior transition units at Army hospitals all over the country, come through our program, they gain employment. The first component is licensing; they get sponsored for licensing and study. They get to go in what they affectionally call “the box” for about half a day, do some studying. Then the other half of the day is on the job training, where they come cycle through our five main business units at Bancroft Capital, and get to find which components of their skillset mesh with the career of their future. And that’s what it’s about, we’re trying to create careers, not just jobs.

CHUCK JAFFE: And of course, one of the primary careers you’re talking about is doing exactly what you guys do at Bancroft, which is helping people manage money and their closed-end funds. And specifically the fact that closed-end funds have become more vital in the last few years and have had something of a resurgence, that I know has been important to you. Explain why that works, and then why just in general for investors, closed-end funds, which had been overlooked for so long, are kind of going through that resurgence now.

MICHAEL SPATACCO: We are very proud to have been on the cutting edge of this closed-end fund resurgence. I was fortunate enough to earn a co-management position with my team at Bancroft on PIMCO’s NRGX, it was a fund that came early 2019, and was the first closed-end fund to cover all of the expenses 100%. Previously investors had to pay the sales charge, and it would result in about a 5% differential between their invested capital and the price of the security on day one. So what happened in the marketplace was, you would say “closed-end fund” and everybody would run for the exits because they know that they’re agreeing to a 5% loss on day one. Whether the investment philosophy is sound or not, that’s a tough pill to swallow, especially if you’re charging a commission on top of it as well. So it became a marketplace that was overlooked and kind of looked down upon to be perfectly honest. And when I heard that they had changed the nature of the offering, I was excited because closed-end funds were around before mutual funds. I always call them mutual funds ugly older brother. Once they realized that they could continue to print open-ended funds versus these, which have a little bit more liquidity and day-to-day accountability, they fell out of favor. And so I’m proud to be part of the team that’s bringing them back.

CHUCK JAFFE: If I talked to an investor who’s been around for a while and has some experience and some knowledge of closed-end funds about closed-end funds, they start from that bad point that you were talking about.

CHUCK JAFFE: Like, “Oh, closed-end funds, I don’t know if I want to go there.” But if I talked to somebody who doesn’t know about closed-end funds about them, and you start to say, “Look, if you’re looking at the right things. You’re buying a dollar’s worth of assets for 95 or 90 cents on the dollar.” They suddenly go, “Wait, hold it. That sounds pretty good to me. I can buy things on sale.” So I’m wondering, when you deal with the folks who you guys are training, do you see that disconnect? That there’s the folk who, when you explain closed-end funds and they have no previous bias, they’re like, “What a great way to invest.” Yet, if they have a previous bias, they’re like, “Ew, get it away from me, it’s got cooties.”

MICHAEL SPATACCO: Absolutely. We’ve seen both really. We’ve seen some really savvy investors who are in tune with what’s happening in the marketplace, and they understood quickly that the value proposition had changed on new issue closed-end funds. They were always playing in the secondary market and fishing for discounts because that’s what intelligent folk do in investing. They look for a dollar for 90 cents, just like you said. And when those opportunities present themselves, the biggest players in the closed-end fund space are usually sitting there to capitalize. So it’s a space that I think has been unfairly looked at, and you touched on it perfectly, that if somebody has that prior conception, it’s difficult to shake it. But we’ve done it. We’ve actually gone through the machinations of making it happen with persistence. Just understanding the value proposition of what we’re bringing to market and saying over and over again, “The game has changed.” And eventually somebody’s willing to listen and say, “You know what, maybe the game has changed and I’ll take a look.” And when you take a look, the game has definitely changed in closed-end funds and people are more willing to involve themselves. That’s why you’ve seen so many over the last, call it two years, and more coming.

MICHAEL SPATACCO: The pricing structure, Chuck. I mean, the fund families finally realized that they were cannibalizing a gigantic portion of their potential buyer pool by charging those fees that resulted in the first-day drop. So nobody would ever look at a closed-end fund at new issue because I’m going to take an immediate loss. I’d rather just wait and buy it. And they couldn’t be faulted for that stance. But when you take those fees out of play, now all of a sudden investors have the chance to buy a large block of something that they really like the investment philosophy for, without moving the market in a secondary capacity like they might have had to previously. If they waited util day one, day three, whatever, a really large order, a multiple 100,000 share order is going to move the market, and so you’re going to change your cost basis. This is an opportunity for investors to access investments at a known cost and not have to pay the fees. The fees being covered by the fund families has been a game-changer.

CHUCK JAFFE: Michael, great stuff. Thank you so much for taking the time out. I hope we get a chance to chat with you again down the line.

MICHAEL SPATACCO: Thanks for having me, Chuck. I really appreciate it.

CHUCK JAFFE: The NAVigator is a joint production of the Active Investment Company Alliance and Money Life with Chuck Jaffe. I’m Chuck Jaffe, your host, and you can learn more about my work and my show at MoneyLifeShow.com. To learn more about closed-end funds and business-development companies, go to AICAlliance.org, the website for the Active Investment Company Alliance. They’re on Facebook and LinkedIn @AICAlliance. Thanks to my guest, Michael Spatacco, director at Bancroft Capital. You can learn more at Bancroft4Vets.com and on Twitter @Bancroft4Vets. The NAVigator podcast is available every Friday, please subscribe where you find all your favorite podcasts. We hope you’ll join us again next week. Until then, stay safe everybody. 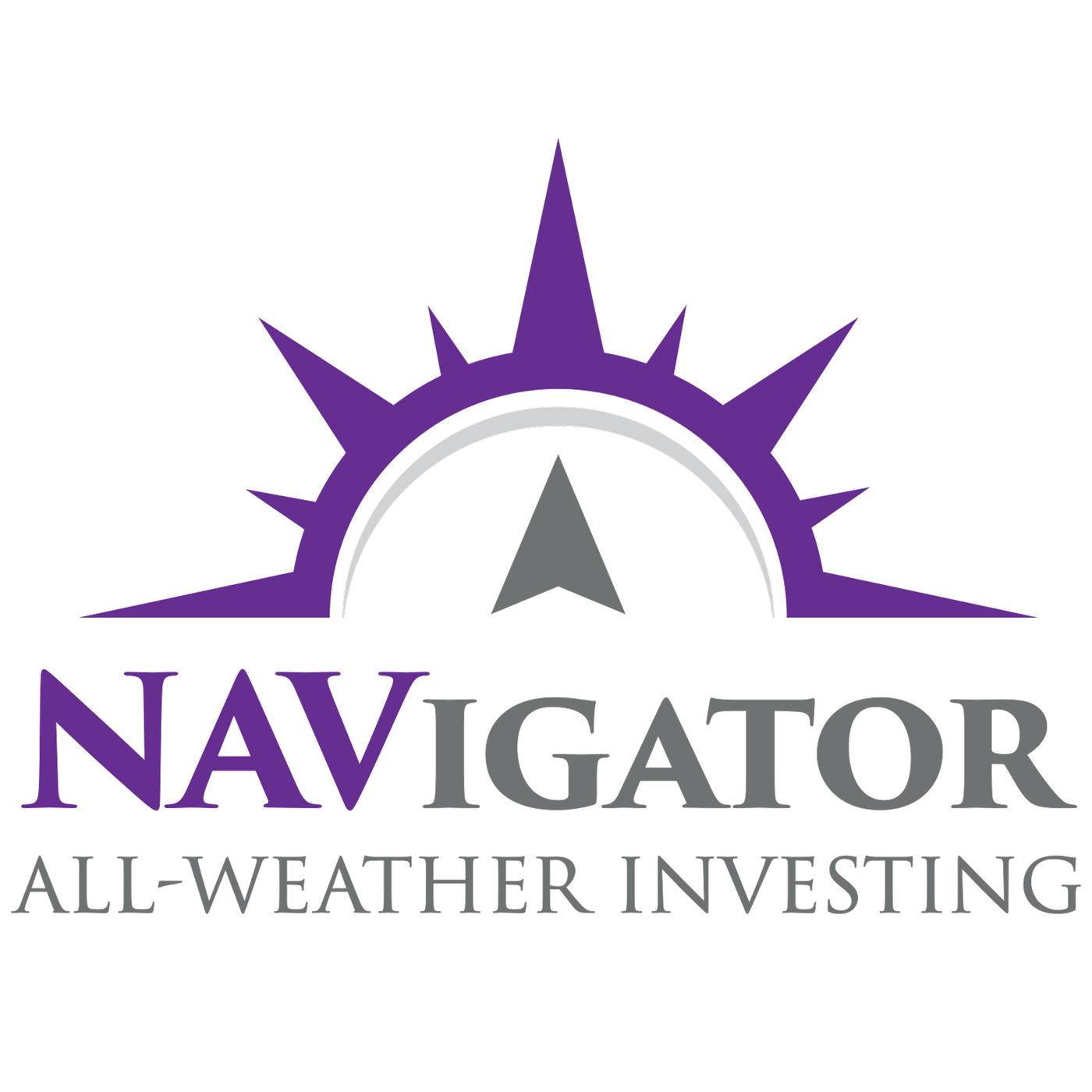