“Ask a veteran what they value in a civilian role and you are virtually guaranteed to hear a response that focuses on team and mission. We joined the military to serve a purpose higher than ourselves, and along the way we learned that the best way to serve that purpose is to work doggedly as a team.” – Stephen Okano for Entreprenuer.com

A first-hand understanding of the challenges associated with moving into the corporate world makes all the difference in assisting veterans through their transition. In a continuation of our three-part series, this week we’re focusing on how the Bancroft team members use their own experience to help ease the transition for veterans in recovery hospitals.

On October 30th, 2020, Chris Nicholas and Jeffery Barrett, Army veterans and members of the Bancroft team joined Founder and CEO Cauldon Quinn in participating in the Ft. Belvoir Soldier Recovery Unit (SRU) Career and Education Fest. As fellow veterans, their experience in both the military and at Ft. Belvoir, enables them to connect with the soldiers in the hospitals and provide guidance and advice. 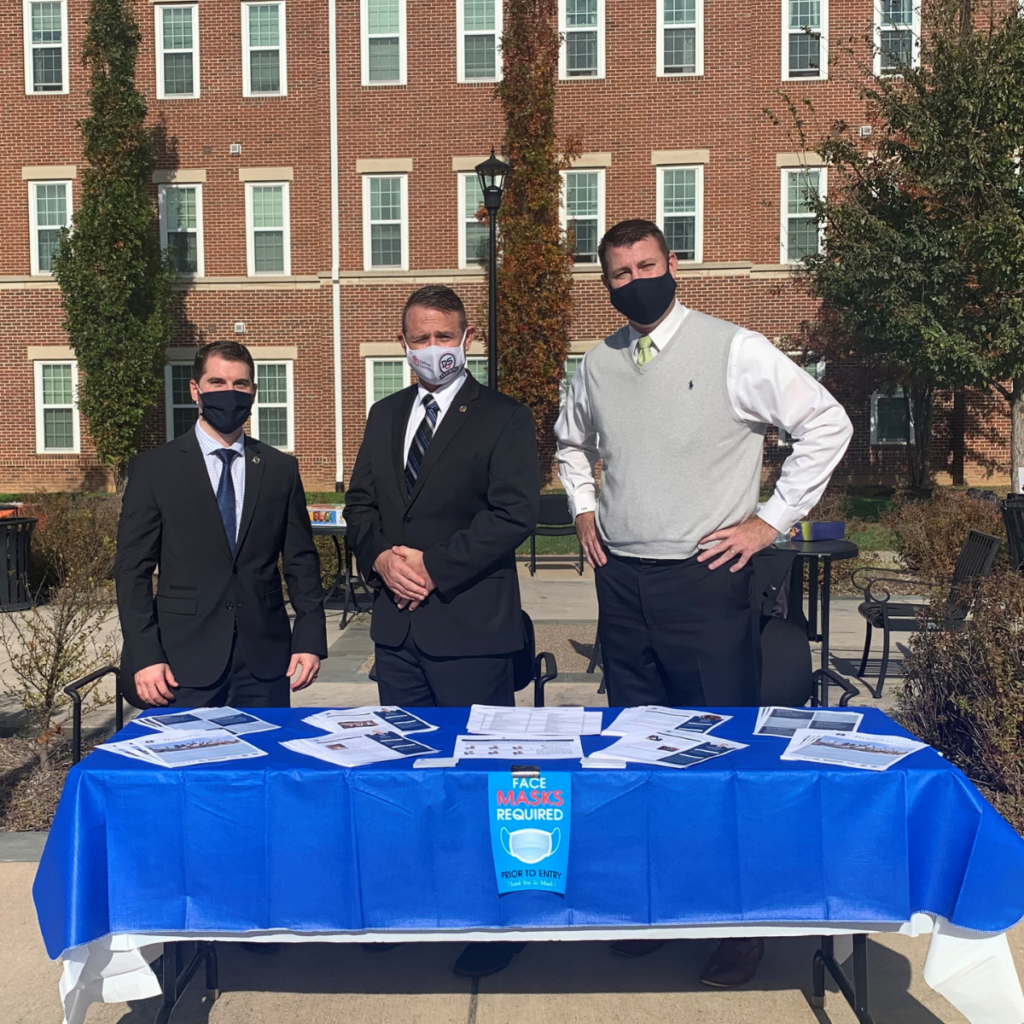 It wasn’t long ago I was also a recovering soldier in transition following my Blackhawk helicopter crash in the Ft. Belvoir Army Soldier Recovery Unit (SRU) from July 2017 to February 2020. On a personal note, I was really excited to be down at Ft. Belvoir and to interact with soldiers in transition in the SRU “on the other side of the table”.

For me it was an opportunity to help and guide soldiers that are currently going through this difficult and daunting task to transition from the military much like I did. For most soldiers, this transition can be abrupt. In my case, I woke up in a hospital and was immediately hit with questions about what I was going to do now that I could never fly in the military again. For many of these soldiers, the future is uncertain and they may never have even considered what else they would do outside of the military. Now they are faced with the thought of changing careers or even entire industries with sometimes only a few months’ notice before separation.

Bancroft has a unique ability to help soldiers in these situations. During the event, I was able to not only introduce the amazing Bancroft Veteran Training Program to soldiers who may be interested in a career in finance like I was, but I was also able to see soldiers looking to start a small business of their own get one-on-one mentorship from Cal

Since Jeff and I transitioned from the same Army unit as the soldiers at Ft. Belvoir, they were very eager to talk to us and see how we transitioned successfully to the civilian world. Additionally, they were inquisitive and receptive to our “been-there-done-that” guidance. It was great to meet soldiers who were surprised to realize that Bancroft had much more to offer veterans than just a training and licensing opportunity in the financial sector. They were pleasantly surprised when we offered to help review resumes they intended to submit to different companies or when we offered names of Bancroft corporate partnerships that have offered or expressed interest in hiring veterans.

This really opened up conversations to help veterans, especially when they know the area of the United States in which they want to move, but haven’t necessarily nailed down a career yet. I’m very proud to participate in events like these that help soldiers overcome this transition hurdle just like Jeff and I did. 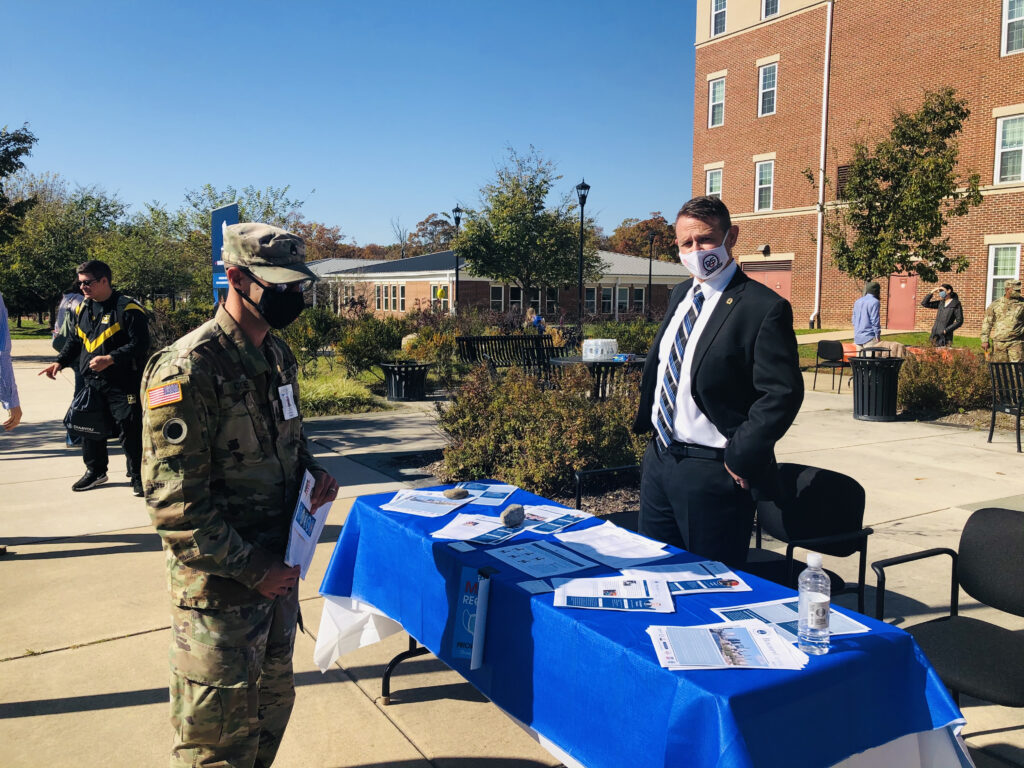 At the end of my last call to active duty I was also a recovering soldier in transition in the Ft. Belvoir Army Soldier Recovery Unit (SRU) from 2016 to December 2018. Although I was not immediately hit with questions about what I was going to do now that I could not stay in the military, as I had a civilian career as a public-school teacher. As it became increasingly evident that both my military and civilian careers were no longer viable, I had to face the reality of an uncertain future. While I had more time than most to come to grips with this eventuality, it was by no means easy.

The opportunity to meet with soldiers in transition at Ft. Belvoir’s event was a welcomed experience. I was honored to interact with the soldiers and introduce them to an opportunity that they may not have considered or thought was out of reach. A few of the service members were pleasantly surprised to hear that Chris and I had no formal schooling or training for a career in finance prior to being accepted into the Bancroft’s Veteran Training Program. This hopefully opened their eyes to more possibilities. This event allowed Chris and I to reach back to guide troop forward and reminded us of the gains that we have made.

We consider it a great honor to be able to use our experience to help to pave the way for future veterans to find meaningful careers outside of their military experience.