Bancroft Capital is proud to announce that James Leaghty, William Marm, and Miles Marshall have been accepted into Bancroft’s Veteran Training Program (VTP). Leaghty, Marm and Marshall will receive educational support and training as they embark on careers in the financial industry. Accommodating for the challenges of an ongoing COVID pandemic, Marshall will be training out of Bancroft’s California office, Marm will co-op between a home office and Bancroft Headquarters, while Leaghty will be moving to the Fort Washington, PA area to train in Bancroft’s Headquarters.

“The Bancroft ethos is to ‘do well while doing good’, that we would use the prosperity of our industry to touch the lives of others,” shared Bancroft Founder & CEO, Cauldon D. Quinn. “It is our privilege, in spite of the challenges of a global pandemic, to welcome three exceptional candidates into our program. We look forward to partnering with them as we provide the opportunity and they provide the effort required for a successful career in institutional finance.”

While pursuing a degree in Political Science from the University of Utah, Leaghty had the opportunity to work in Washington D.C., Australia, and South Korea. He was able to meet many exceptional top-level decision makers who also happened to serve in the Marine Corps of their respective nations. Admiring their leadership skills, technical competence, and personal philosophy, Leaghty the joined the United States Marine Corps and served as an Artillery Officer. Through this experience, he studied the art of leadership and recognized the necessity of integrity, servant leadership, and resiliency to facilitate mission success – both in and out of uniform.

In 2018, Leaghty temporarily left the Marine Corps and went to Seoul, South Korea where he studied the Korean Language at Yonsei University. He received a distinguished student award that reflected his determination to learn the foreign language. At this time, Leaghty also started to become deeply passionate about the Financial Markets. In order to help substantiate and reconcile his intellectual curiosity, Leaghty pursued a Master’s of Finance from the Kelley School of Business, Indiana University. There he received praise from his professors for his drive and also won a finance competition where he used the binomial option pricing model to help quantify corporate decisions. Leaghty has passed the Securities Industry Essentials examination and the Series 65. He is also enrolled as a CFA Level 1 candidate.

Bancroft Capital is excited to offer Leaghty the opportunity to increase his academic and professional potential by facilitating an outlet for his intellectual curiosities, drive, and passion.

“I was truly humbled by everyone’s personal stories and purpose,” expressed Leaghty. “That to me was the Bancroft difference. I consider it an honor to be given an opportunity to associate myself with such exceptional men and women who have accomplished so much. For that I am grateful.” 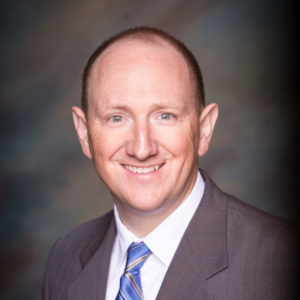 William Marm is a retired US Army Green Beret with 20 years of service. Marm received a commission in the Infantry from the United States Military Academy at West Point with the Class of 1999. Marm deployed to Kuwait where he prepared for and led his unit in combat operations in the invasion from Kuwait to the thunder runs in Baghdad.  Upon successful completion of Special Forces training, Marm served in various leadership positions with deployments throughout Africa, Europe, and the Middle East; special operations support in Libya against the Qaddafi regime, conducted combat missions in Iraq in support of Operation NEW DAWN, deployed to Afghanistan as Director of Operations for a Combined Special Operations Task Force, and crisis response to a MH-17 shoot down in eastern Ukraine, Operation ODYSSEY DAWN and Operation MORNING GLORY. Marm has a Master’s Degree from the Naval Postgraduate School in Defense Analysis, with a specialty in Terrorist Operations and Financing.

“I am humbled and grateful to be selected by Bancroft Capital as a candidate for their Veteran Training Program,” stated Marm. “I am very excited to learn and grow in a new industry, benefit from the training and mentoring provided by the Bancroft professionals, and be positioned to make a difference in this business environment. The ethos at Bancroft Capital matches remarkably with my ethos that I lived as a Green Beret, which is incredibly motivating, and I’m excited to embrace this next new adventure.”

From operating the first combat mission into Kuwait for OPERATION IRAQI FREEDOM, to insertions into Baghdad for the capture of Saddam Hussein, to leading NATO efforts for the ousting of Muammar Gaddafi, Marshall commanded missions literally through fire with an Air Medal being granted following an engine explosion on take-off. As an ambassador, he planned and executed multiple humanitarian operations to include Hurricane Katrina evacuations, supplies into Japan following the Fukushima nuclear reactor melt-down, and refugee relief and support in Syria and Libya.

His sense of duty to his fellow airmen saw him deployed as the tactics officer to train aircrew to operate safely in combat following a shoot-down of a fellow C-5 aircrew in Baghdad.

While serving his country, Marshall also earned two Masters’ degrees. The first in Philosophy, with his thesis on Existential Virtue Ethics being published, and his second in Military Operational Arts and Science. He also spent four and a half years instructing cadets at the US Air Force Academy where his mentorship of cadets in the Academy Character Enrichment Seminars earned him the Lance P. Sijan Award for Character and Leadership.

Marshall has joined Bancroft Capital VTP and looks forward to a new career of serving by contributing unique perspectives to the finance industry as he levers his years of military service and academic pursuits.

“I am incredibly grateful to be chosen as a VTP candidate for Bancroft Capital, a corporation that prides itself on integrity, service and excellence, said Marshall. “I eagerly look forward to the mentorship that these industry leaders have to offer and the opportunity to broaden as I continue to serve in a new and exciting capacity.”

About the Veteran Training Program

Bancroft’s VTP has a three-pronged approach:

The VTP accepts a new class of candidate every year and allows veterans, through their own hard work and diligence, to re-write their futures as they develop skill sets that last through not one job, for the life of a career. Learn more.